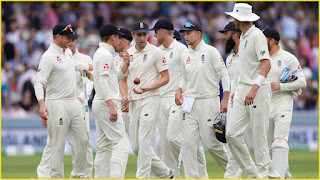 After loosing The Ashes series against Aussies,some serious concirns were there with England camp to continue their journey towards the world Test Championship.

As a result of covering the patches England camp has taken tough decison on dropping the experienced World Cup opener Jonny Bairstow.

But in other side few players like Zak Crawley,Dom Sibley, fast bowler Saqib Mahmood and  Leg Spinner Matt Parkinson has earned there maiden call ups for the series.

Additionally Ollie Pope has also gained a recall for the series.


Full Test Squad announced for the series is as follows;