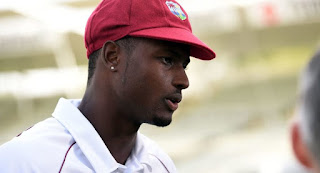 From starting the game in typical West Indian style by unstabling the Indian Top order, to loose the game by a huge margin of 318 runs, Windies players got whole lot of things wrong during the four days of Antigua Test.

Game was always on the cards for Windies although India managed to get to 297 with some lower order contributions.But the Windies Batsmen never got going as they were able to add on only 222  runs in the 1 st inning and got worst in the second inning as they were bowled out for just 100 runs.

Jason Holder is highly dissapointed due to the scenario about his Batsmen but pleased with the way Roach and Gabriel were able to keep the well equipped Indian Batsmen to a run rate of just 2 runs per over a long period of time.

Additionally he expects the top order to show some more resistance inorder to perform well in future games.
- August 26, 2019 No comments: 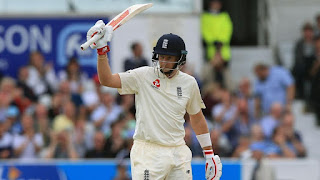 The third Ashes Test with the absence of Steve Smith had their very own moments with momentum shifting from one side to another.

179 runs which was scored by Aussies in the 1 st inning looked always below par as pitch looked evenly helpful for the both Batsmen and Bowlers.But England getting all out for just 67 made that runs look like a huge mountain to climb.

Average performance by Aussies in the second inning with a good knock of 80 runs by Marnus Labuschagne gave England a huge target of 359 runs.

But again the Captain Root stood up for the occasion at the end of Day 3 here at Leeds by scoring unbeaten 75 runs which has led England score board upto 156 runs for just 3 wickets.

They need further 203 runs to win with 7 wickets in the hand and match has come upto an even situation and promising a lot for the last 2 days of the match.
- August 25, 2019 3 comments: 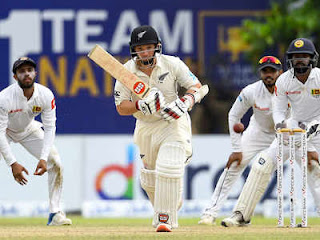 The 1 st Test between Sri Lanka and New Zealand is continuing its way to end up as a typical Galle Test in spin a friendly pitch.

But this time Sri Lanka seems to be in the unlucky side as they were not able to get a good lead after New Zealand won the toss and decided to bat first.

Nevertheless Sri Lanka was able to get a marginal lead of 18 runs and it could have been still enough to get on to the top of the game.

But late order flourishes from New Zealand lower order has been able to extend the lead upto 177 runs which is quite a target to achieve in 4 th innings in typical Galle pitch.Also the inning is not yet finished as they have 3 more wickets in hand which could atleast get them around a lead of 220 plus.

BJ Watling was the player of the second inning for New Zealand with his great batting effort along with the lower order and he is unbeaten at 63 runs.

But still anything below 250 is still achievable here in 4 th and 5 th day and inorder to that Sri Lanka has to stop throwing their wickets away and will have to play really well in a pitch which will have so much of assistance for New Zealand spinners.
- August 17, 2019 No comments: 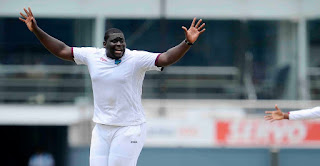 After a not very good World Cup and a tough T20 series against India,Windies have announced their Squad for the test series with some new faces hoping for a major turn around.

One of the most interesting faces coming into the team is 26 year old Rahkeem Cornwall who has been performing so well in domestic cricket in recent times.

Rahkeem is well known for his all round ability with above 24 average in batting and an average of 23.90 in bowling in 55 first class matches.

Rest of the major highlights include  retaining of Keemo Paul who has been taken as an injury replacement for injured Jason holder earlir.

Team is assigned to be led by Holder and 13 member squad is as follows; 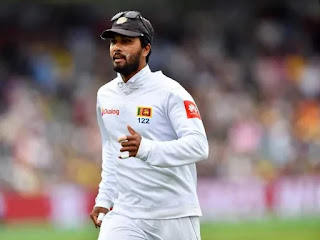 Irrespective of the few bad years Sri Lanka has been having a good momentum after the World Cup as they were able to completely outclass Bangladesh Team in 3 ODI matches played at home after finishing 6 th at the World Cup.

Although they struggled in limited over matches Sri Lanka always had a very good momentum in the Test matches irrespective of  all the team changes and injury issues.

After getting an historic Test win against South Africa in South Africa, Sri Lanka has sticked with their core players who performed well in that series but has added some new faces to increase the depth of the side.

Main star additons for the Squad has been former captains Dinesh Chandimal and Angelo Mathews who were out of the South African series and both of these players have been a very important part of wins Sri Lanka got over last few years in Tests.

In addition to the batting depth Sri Lanka has incresed the spining options with the additions of Dilruwan Perera, Akila Dhananjaya, Lasith Embuldeniya, Lakshan Sanadakan,Shehan Jayasuriya and all-round option of  Dhananjaya De Silva.

Full  Probable Test Squad named for the series are as follows ;