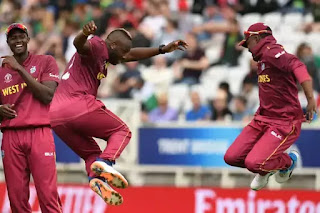 It is the time for the innings break in our second encounter of ICC World Cup 2019 as Pakistan Team get bowled out for just just 105 runs.

Earlier in the day Windies won the toss and decided to bowl first in cloudy conditions  here at Trent Bridge.As planned in bowling friendly conditions,Windies managed to get early wickets and add on some pressure to Top heavy Pakistan batting line up.

It was too much for Pakistan as they could not cope with the wonderful bowling and got bowled out for 105 runs by facing just 21.4 overs.

Oshane Thomas was the highest wicket taker for Windies as he took  4 wickets for 27 runs.Holder and Russell took 3 wickets and 2 wickets each.

Windies now need 106 runs to win in their 50 overs and already set to start the chase to get their first point on the table.

You can now watch the Windies second inning on our Live Score Box. 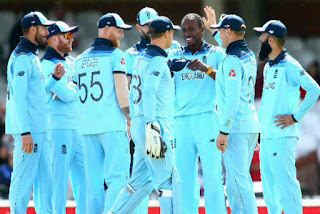 It was a very good day at office for English boys as they succesfully got  over the first hurdle of their World Cup run by beating South Africa by a huge score of  104 runs.

It all started with South Africa winning the toss and deciding to bowl first.England were able to add a good score of 311 runs on the board by loosing 8 wickets and that score was not out of reach for South Africans.

But as usual in ICC events,South Africa messed up and was only able to get a score of 207 on the board.Jofra Archer who was the ex factor as we mentioned earlier took 3 wickets for just 27 runs and handed over a great victory for the boys in blue.

Player of the match was Ben Stokes for his 89 runs contribution,wonderful catch near the boundary and 2 wickets for just 12 runs.

It was a great start for the tournament and we all hope you all enjoyed our live coverage.We will come up with Live coverage of Pakistan vs Windies on usual time . Good bye from all of us for now!
- May 31, 2019 No comments: 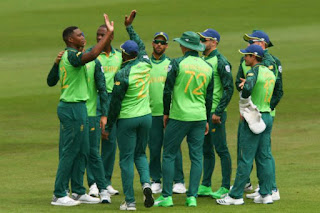 It is that time of the year that we were eagerly waiting for and ICC 50 overs worldcup finally started with a bang as South Africa take on hosts England here at Oval.

South Africa won the toss and decided to bowl first on a pitch we thought that had some assistance to bowlers early on.

It was not a great start with all the expectations to English team as they lost their 1 st wicket for just 1 run.But decent fifties from Roy,Root and Morgan built some momentum to the inning.

Most importantly 89 from Ben Stokes lead England to a respectable score of  311 for  8 wickets.Lungi Ngidi was the highest wicket taker for South Africa as he took 3 wickets for 66 runs in his 10 overs.

This score looks good on the board but still England could hv get around 340 plus if not for a good bowling effort by South Africans in a good pitch.As per the sitiuation at the break South Africans might have the chance of getting their first points on the table.

But still with ex factor of Archer ,England can defend this with disciplined bowling effort.

You can watch the Second inning live score on our web just after the break.Stay with us for further updates! 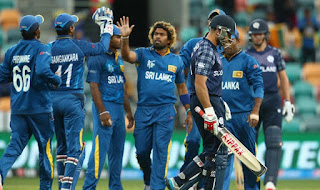 Sri Lankan World Cup Squad is ready to take on Scotland in their own back yard giving scotland a rare chance of quality International experience.

It is not only  an Oppurtunity for Scotland,but also a great experience for Sri Lankan limited over side to test their squad for the final time and to get some winning momentum back.

However Lankans will miss the service of  probably the World's best Death overs bowler Lasith Malinga as he is rested after a very succesful IPL season.

But this would give a good oppurtunity to Udana,Lakmal and Pradeep to get used to the conditions in typical English Conditions.

Expected Sri Lankan line up for the Today's match is as follows;

As per the News SL Head coach has proposed an idea of testing Thisara as an opener,but if he is not chosen to be an opener ,he is likely to be out of the team giving a chance to Thirimanne who was very succesful in provincial Tournament.
- May 18, 2019 1 comment: 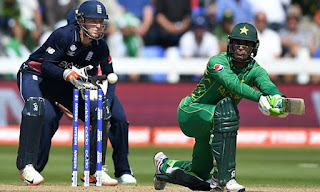 It was a wash out in Oval as Pakistan took on England in the 1 st ODI.But conditions have become much better going into the second ODI in Southampton as Pakistan look forward to find some form before Worldcup.

With around 3 weeks for the World cup both teams are highly looking forward  to test their players with a full ODI series without interruptions.

Although it is hard to make assumptions about the pitch,it looks promising for batting .But with rain around and cloud forecast in morning,whoever batting 1 st might look forward to bowl first.

Expected line up for the both teams are as follows: 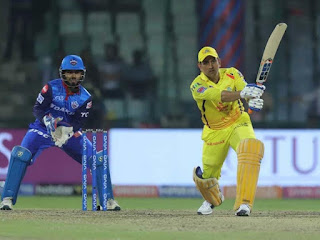 Day has arrived for the clash between probably the best two teams in the tournment upto now to take on each other before the Play offs.

Going into the day we have two uncertainities as Captain Cool MS Dhoni has not still come to his full fitness and did not show up in practises yesterday.As per the Coaches ,the final decision will be taken on him before the match.

Other one is weather report does not look really good tonight and expected some interruption if the predictions go right.

Lots of changes are not expected from both the line ups.But with arrival of Faf and Jadeja into the team,Murali Vijay and Bravo could be left for todays match based on the conditions.

In Capitals point of view,we are expecting unchanged XI from the previous match.Expected playing XI for both teams as follows: