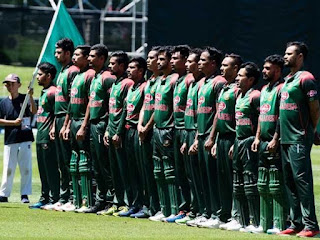 BCB has decided to provide VVIP security for Bangladesh national ODI team who is getting prepared to ICC ODI worldcup which is scheduled to start soon.

Decision has been made after the tragic shooting incident at Al Noor Mosque in Christchurch in which Bangladesh's players narrowly escaped.

As per the news Seven Officials will travel with Bangladesh team to ensure that the required  security cover would be in place.

Bangladesh Cricket team is set to take on West Indies and Ireland in a Tri Nations series before the World Cup which will be Starting on 5th of May in Ireland.

After the series they will arrive in England for a residential Preperatory Camp at Leicestershire  to get used to the English Conditions before the World Cup.
- April 30, 2019 No comments:

Pakistan get a comprehensive win in Practise Match 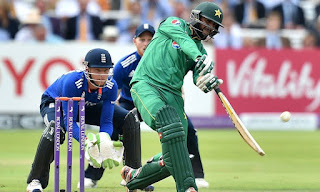 It was a very good day for Pakistan ODI team yesterday after their series lost to Australia at home as they were able to get a comprehensive day out against Kent in their practise match.

Pakistan won the toss and opted to bat first in a good pitch and were able to add on a huge score of 358 runs on the board in their 50 overs by loosing only 7 wickets.Imad Wasim was the star performer in batting as he was able to score unbeaten 117 runs in just 78 balls.

In reply Kent was only able to add on 258 runs by loosing all their 10 wickets,giving Pakistan team a big win by a margin of 100 runs.Alex Blake was the highest scorer for Kent as he scored 89 runs off just 48 balls.

Yasir Shah was the highest wicket taker but was expensive as he got 3 wickets for 90 runs.Faheem Ashraf,Hasan Ali and Fakhar Zaman took 2 wickets each for Pakistan. 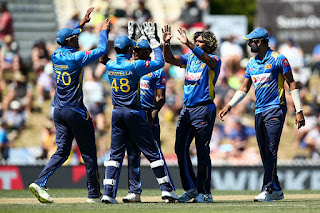 Sri Lanka finally released their 15 men Squad for the World Cup and only 3 players were different from the line up we expected as they have opted Avishka Fernando in place of Bhanuka Rajapaksha,Milinda Siriwardena instead of Akila Dananjaya and Nuwan Pradeep as the 4 th Pacer in the Squad.

Although there are lots of criticism about the selection,we do think the Squad looks pretty balance except for one or 2 players.

At number 3 position we expect Kusal Janith as both Sri Lankan Openers are steady and slow Batsmen he could be used to score few quick runs if Openers can get a good start.

Angelo is probably the best Sri Lankan Batsman and most experienced and he is our obvious pick for No 4 position as he can be used to hold the inning.

At no 5 and 6 position Sri Lanka have got the option of using their young talents Kusal Mendis and Dhananjaya De silva and inclusion of both of them looks as a good choice.

At no 7 Sri Lanka has got two options in Milinda Siriwardena who  is good Batsman who can contribute with 5 to 6 overs and their experienced Thisara Perera who is more of bowling all rounder.

We do prefer Siriwardena over Thisara as Thisara has become very poor with both departments of bowling as well as batting in Last ODI series as well as provincial tournament.But as Milinda has not been seen in the Squad, team selection will be surely be based on practise matches as well as per conditions.

Sri Lanka's Pace attack look good as Sri Lanka has Chosen Malinga,Lakmal and Pradeep who played in Champions trophy for Sri Lanka and who has got good experience back in English conditions.New addition for the Squad is Isuru Udana and we prefer him to be the second Pacer after Malinga as he is good in death overs plus he is a good batsman who can play at No.8 to extend the batting.

In spin department Sri Lanka has got Jeewan Mendis who is an all rounder and Vandersay and the selection of one out of him will be based specifically on conditions and performance in practise matches.But we do prefer Jeewan Mendis as he performed better than Vandersay in provincial tournament and he averages 20 as a Batsman and he is very good Batsman to be played at No 9.

Our expected line up as per the Squad is as follows:

Analysis on all the other 9 teams will be provided to you on our website sooner in our road to Worldcup. 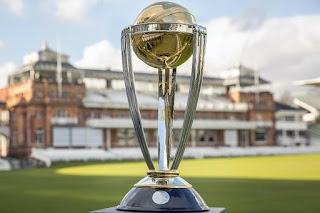 Sri Lankan Limited over cricket team did not have a very good time in the middle after the retirement of their Legends Sangakkara,Mahela and T.M.Dilshan.Not only in the middle but also in selection they did have lots of confusion with trying out so many new players and changing the Captains.

After analysing recent performance in International matches and the Super Provincial Tournament we have come Up with the most Likely 15 member Squad to play in the Tournament.

Opening Combination for the Lankans have been quite a problem as Tharanga,Dickwella and Avishka were not able to get the required start and with recent success and Form Dimuth Karunarathne and Lahiru Thirimanne is set to get the responsibility of opening in the Worldcup to add stability to the team which has been loosing early wickets in the power play.

Talking about the middle order line up as pure batsman or batting all rounders Kusal Perera,Kusal Mendis,Bhanuka Rajapaksha ,Angelo Mathews and Dhananjaya De Silva is likely to be included in the Team.

As bowling all rounders Isuru Udana,Jeewan Mendis and Thisara Perera is set to  get their duty in the World Cup and most likely Two of them is likely to play at No 8 and No 9 positions in line up to extend their batting line up.

As pure Fast Bowlers Lasith Malinga,Suranga Lakmal and Dushmantha Chameera is set to be in the Squad and Akila Dananjaya and Jeffrey Vandersay will be the two pure Spin Bowlers in the line up.

Squad for the World Cup is likely to be as follows:

Dale Steyn ready for a comeback in IPL 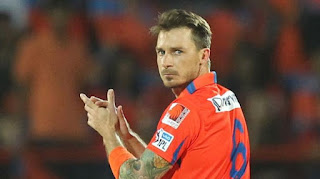 Experienced South African Fast Bowler Dale Steyn is set to comeback to IPL after missing Two seasons.He has been signed by Royal Challengers Bangalore as a replacement to the injured Nathan Coulter-Nile .

Dale Steyn was unsold in the IPL auction after he missed two continous seasons due to injury problems.He finally played in IPL for Gujarat Lions way back in 2016.

RCB is having a tough and very unususal season as they have lost all 6 games upto now and still not able to make their mark in the points table.

Dale Steyn will surely will have a big responsibility on his shoulders as undoubtedly RCB is currently having the weakest bowling line up in the tournament.

But as per the news he will only be available after April 16 th and he will miss the next two games against Mumbai and Kings XI punjab.
- April 12, 2019 No comments: