5 th ODI Preview :Pakistan and Australia set to have their final preperations for World Cup 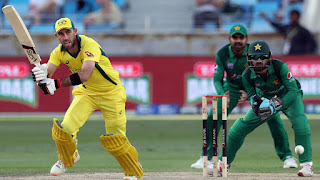 It is All set for a very important  ODI between Australia and Pakistan as Australia look for 5-0 White wash in the series and also Pakistan is ready to prepare themselves for the world cup for the final time.

Australia coming up with a magnificent sereis win against India ,Pakistan squad named for the series was always not strong enough as they rested some experienced players.

But both teams had their moments in their series as except for Australia's dominant show Pakistan also managed to find some new faces into the worldcup as they mentioned their main aim is to test their bench strength for the World Cup.

But tommorow's game will be a big challenge for them as a crushing defeat before World Cup will not help their mind set and momentum going into world cup.

Probable playing XI for the final ODI is as follows: