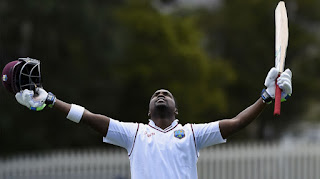 Windies has named their 14 member squad for the Test Series against England which is set to start next week.

Surprisingly they have included one of their best batsmen in current era,Darren Bravo in the Squad after a break of more than 2 years.

He last played a Test match for Windies in November 2016 and the 29 year old has eight Test hundreds at an average over 40 in Test arena.

Other than for him some very exciting new players has also been included in the team and the full squad is as follows: