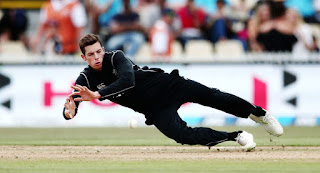 New Zealand team has decided to recall their all rounders Mitchelle Santner and Grandhomme for the ODI series with India which is scheduled to be played later this month.

They have been picked up for the team for the first 3 ODIs and in addition to them Tom Latham who was away from the limited over side has been recalled.

Grandhomme is set to come back into the team to replace Jimmy Neesham who got injured during the Sri Lankan series.

The 14 member full Squad for the first three ODIs are as follows;