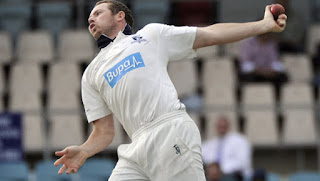 Sri Lanka is in a spot of bother here at Hobart as they are playing the final inning of the match with only 5 wickets left in hand and requiring another 290 more runs to win.

Playing their second inning Cricket Australia were able to score 224 for 3 wickets before they decided to declare.

For the final innings Lankans came out to bat with requiring 365 runs to win.But already they have lost 5 wickets for 75 runs and they require 290 runs to win.

Batsmen at the middle for Sri Lanka are Lahiru Thirimanne on 31 and Sadeera Samarawickrama on 1.

With only 1 session remaining in the game the final session could be crucial for both teams.