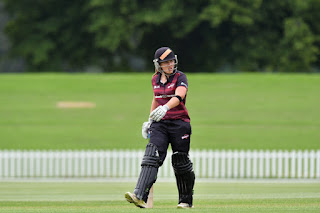 Frances Mackay has been recalled for the national side after five years for the 3 match T20I series with India that will start on 23 rd January.

Mackay was able to be one of the leading run scorer in Super Smash 2018-19 edition which has created the chance for her to comeback into the international stage.

In addition to her uncapped players Caitlin Gurrey and Rosemary Mair has also been included into the 13 member Squad.

They have decided to consider these changes due to their bad performance in Worldcup in which they were not able to get through the group stage.

13 member Squad for the India Series is as follows;