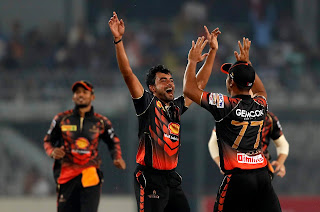 It was an low scoring but a very exciting game here at Sylhet as Titans edged over Kings by 25 runs to get themselves on the points table.

Earlier in the match Titans won the toss and opted to bat first .But they were able to add only 128 runs on the board with highest contribution of 26 runs from Ariful Haque.

But they were able to limit Kings for even lower as Kings were bowled out for just 103 runs courtesy of good bowling performance from Junaid Khan and Taijul Islam who took 3 wickets each for their side.

Player of the match was Taijul Islam and full match summary is as follows: