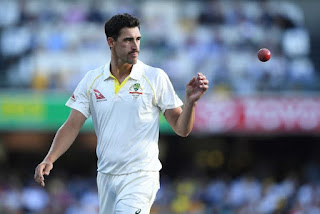 Australia has named 14 member Squad for the Test Series which is scheduled to be started on 24 th of Janury at Gabba.

They have included few new faces into the side after their defeat to Indian Test team at home and the latest inclusion has been Kurtis Patterson who is yet to make his debut.

He has been included into the side after his classy performance to score 150+ in the practise match against Sri Lanka.

Except for him Jhye Richardson and Will Pucovski has been included into the squad as new faces.

Mitchelle Starc has also given the oppurtunity after the hard run he had during the recent matches with injury issues.

14 member Squad for the Test series is as follows: