Afghanistan vs Ireland series come up with new Schedule 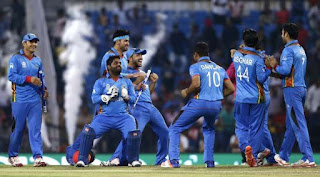 Ireland cricket team is set to take part in a full series against Afghanistan in India starting from 21 st of February 2019.

Initially series was planned to end on March 23 rd.But keeping in mind that 3 major Afghanistan players are set to take part in Indian Premier League they have revised the dates.

For Ireland,Test match with Afghanistan on March 15 th will be historical as it will be their first ever Overseas Test Match.

This series is expected to be a very exciting clash and it will be surely be a good preperation for Afghanistan for their World cup campaign.
- January 16, 2019