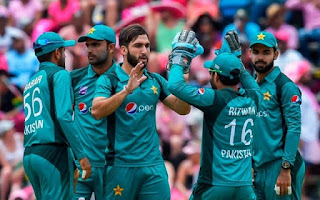 Much awaited series decider is ready to get going here at Cape Town as Pakistan takes on South Africa for the 5 th time in ODI series.

Lots of people did not expect this series to be this much interesting after Pakistan were comprehensively beaten in Test series by South Africa.

But as per the words of famous commentator Pakistan team has always become a team which goes down in one minute and come up strongly the other minute.

Talking about the match few changes are expected from South African line up as Wiaan Mulder who was compared to Kallis as an all rounder in early stages has been added to the squad and he might get into the team as a replacement for a seamer to strenghthening the batting line up .

Shamsi is expected to come back into the team as Tahir was easily managable by the Pakistan Batsmen.

In other side Pakistan is having a problem to select a 3 seamers in a positive way as few equally talented pacers are trying to grab the 3 spots.

Usman Khan getting the player of the award in 4 th ODI will surely retain his place and we expect Shaheen Afridi to play the game tody.In addition to them they will have to choose either Hasan Ali or Mohammed Amir and we expect they will give another chance to Amir before as world cup is coming up.

Expected playing XI for both teams are as follows: