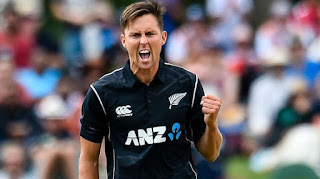 Earlier in the match New Zealand captain Kane Williamson won the toss and decided they will bowl first in slightly an uneven pitch.

Being bat into bat first India could not get into any kind of momentum as they were just bowled out for 92 runs.

Highest scorer for India was Yuzvendra Chahal who got unbeaten 18 runs and Hardik Pandya added 15 runs to the score board.

Star performer for New Zealand was Trent Boult who took 5 wickets for just 21 runs in his 10 overs.Grandhomme took 3 wickets for 26 runs.

Watch whether New Zealand will be able to get their 1 st win in the series from our Live Score Box after the break.