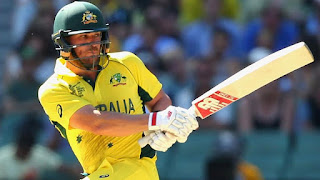 Eight Overs are done here at Melbourne after India won the toss and decided to put Australia into bat first.

India were able to get an early wicket to put some pressure on Australia as Kumar was able to dismiss Alex Carey for 5 runs.

They have now scored 27 runs for 1 wicket after 8 overs and going at a very low run rate of 3.38 runs per over.

Batsmen batting at the middle for Australia now are Aaron Finch on 14 and Usman Khawaja on 7.

Australia will have to up their run rate as soon as possible after getting used to the conditions as we think anything above 300 might even be hard to defend with Indian batting strength.
- January 18, 2019