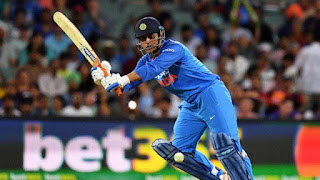 It was remarkable day for India as they were able to get the second series win in the Tour by winning the ODI series by 2-1 margin.

Earlier in the day India won the toss and decided to field first.Australia were only able to add 230 runs in to the Scoreboard and it was always not enough to resist strong India batting order.

But India were bit cautious in their approach and played a well measured inning to acheive the target in 50 th over with just 4 balls left.

MS Dhoni was the star performer in the chase as he scored unbeaten 87 runs off 114 balls.

Kedhar Jadav helped him well with an unbeaten 61 runs.Man of the match was Yuzvendra Chahal and Man of the series was ever reliable MS Dhoni