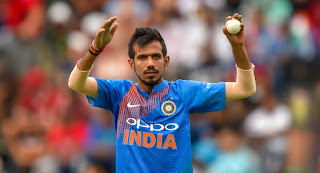 It was an exceptional bowling performance by the Indians here at Melbourne to limit Australia to a lower score of 230 runs by loosing all their 10 wickets.

Earlier in the match India won the toss and decided they will put Australia into bat first.

Being put into bat first Australia did not get a very good start as they lost 2 early wickets for 27 runs.

But Shaun Marsh and Khawaja managed to drag them to 100 .

But both of them were sent back to dugout when the score was 101.

Peter Handscomb however managed to take Australia to 230 by scoring 58 runs with the help of other lower order batsmen.

Yuzi Chahal was the star performer for India as he took 6 wickets for 42 runs in his ten overs.

Kumar and Mohammed Shami was able to take 2 wickets each.