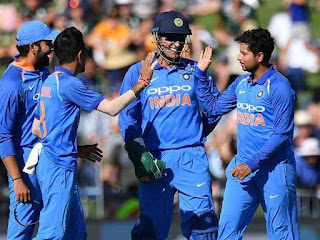 Another day and another win for Team India as they get the second consecutive win over New Zealand team at their home grounds.

The day started with India winning the toss and deciding to bat first.Indian openers were ever so professional and the positive approach was taken by the Indian batsmen throughout the inning as they were able to add on 324 runs to the scoreboard by loosing only 4 wickets.

The reply from New Zealand did not start well as they lost first 4 wickets for 100 runs and they were 166 for 8 at one stage.

But New Zealand lower order however managed to stop New Zealand getting humilated as they  managed to drag the score to 234 when they lost all their 10 wickets.

However India managed to get huge win by 90 runs and player of the match was Rohit Sharma.