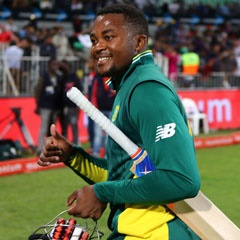 It was a day with mixed performances for both teams and momentum always shifted from one team to another throughout the match.

After putting into bat first Pakistan had some early struggles.But their lower order helped them to get over 200 runs line.

But Dussen and Phehlukwayo combination helped them get over the line with 8 overs to Spare as South Africa was able to get 207 runs for 5 wickets after 42 overs.

Player of the match was Andile Phehlukwayo for his amazing contributions with both bat and ball.

With that win for South Africa series is now levelled at 1-1.