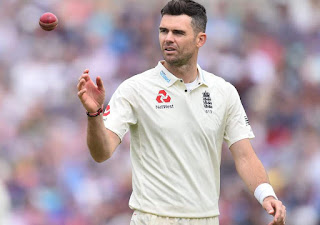 The 1 st day of the caribbean tour of England was filled up with mixed performances from both teams as Windies got on to a great start but England were able to end the day on a high.

Windies captain won the toss earlier in the match and decided to bat first in a good pitch.Openers for Windies managed to get half century partnership on and Windies were in a very strong position at 240 runs for 4 wickets at one stage.

But late fight back from England helped them to get 8 wickets at the end of the day for 264 runs.

Windies inning was decorated with 3 half centuries from Shai Hope,Roston Chase and unbeaten 56 runs from Shimron Hetmyer.

Highest wicket taker for England so far is James Anderson who took 4 wickets .Also Ben Stokes  and Moeen Ali were able to take 3 wickets and 1 wicket each.

Average 1 st inning score here at Kensington Oval is 331 runs and anything around 300 could help Windies to apply some pressure on strong England batting line up.