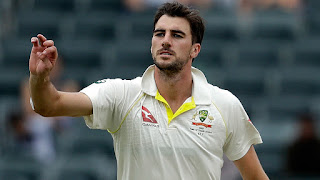 It was a good day of Cricket for Australia after a rather poor series with India as they were able to end the day on a high .

Sri Lanka won the toss earlier in the day and made rather surprising bad decision to bat first on The Gabba pitch.We mentioned it earlier when the day started that normally it is always good to bowl first on this pitch with the experiences we got from reporting matches which were played here.

But Sri Lanka went in the otherway and they were just bowled out for 144 runs.Niroshan Dickwella who had some success in New Zealand pitches were the highest scorer for Sri Lanka as he scored 64 runs.

In reply Australia were able to end the day on a high at 72 runs for 2 wickets and they are now trailing Sri Lanka's first inning score by just 72 runs.

Sri Lanka will have to pretty well tommorow to get the Australian batsmen out for atleast 250 runs from here to stop Australia take the away from them.

Thank you for joining with us to watch the match Live today and we invite all of you to join with us tommorow.
- January 24, 2019