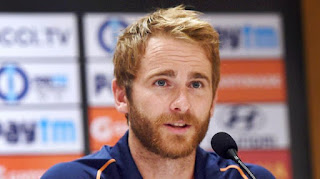 It was unexpected final 2 days of cricket for New Zealand as they were not able to take any wickets for almost 4 sessions in their home conditions and as a result Sri Lanka was able to get a very encouraging Draw at the start of their long overseas season.

At the end of the day New Zealand captain was honest to say that they had number of conversation in the breaks with other senior players about what else can they try in this situation of 4 th and 5 th day and he added that'' We tried pretty much all of it''.

He additionally said that ''I don't think I have been part of a game where two guys have batted a whole day together and not given an oppurtunity''.

Being one of the best batsmen of this era and regulary getting compared with very good players of cricket like Steve Smith and Kholi,the honest appreciation of Williamson would boost the moral and confidence of Sri Lankan players whome are trying to find their winning momentum back in International Cricket.