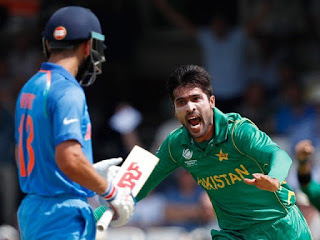 Pakistan will start their test series in south Africa later this month at Centurion.For the test series 16 member squad has been selected with the inclusion of Mohammed Amir and Fakhar Zaman into the team.

Both players have been very important part of Pakistan team in every format  in their recent success.

Amir did not have a very good asia cup and it made him go back to the domestic level and prove his worth for last few months.

He has been able to take 23 wickets and two fifers in recently played List A matches which has helped him come back to the Pakistan Test Squad.

With the kind of fast bowling potentials Pakistan has got in the team now in young sensation Shaheen Afridi and wicket taking bowlers Hasan Ali and Mohammad Abbas ,the inclusion of Mohammed Amir would be icing on cake if he can come back to his original form in international level
- December 07, 2018