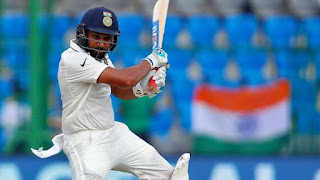 Three changes are expected to happen in India's starting xi for the Boxing day Test after their defeat to Australia in the second test.

Indian openers did not have a very good time at the crease in first two tests and was not even close to the expectation as they rarely spent few minutes at the crease.

So forced change has happen in the side and India has decided to test two completely new openers for the 3 rd Test.

They are Mayank Agarwal who is yet to make his debut and Hanuma Vihari who played in middle order in the second test.

Also Rohit Sharma is set to play for the third test in the middle order in the position which Hanuma Vihari played earlier.

India went with all pace in second test and that did result in a failure.This time they have decided to play Ravindra Jadeja in place of  a pacer to add another perspective to their attack.

Playing xi for India is as follows: