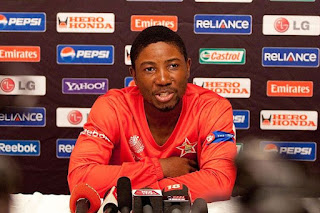 Tatenda Taibu who has played 28 tests ,150 one day internationals and 17 ODI's is ready to take a comeback to professional cricket as he is willing to play for a sri lankan cricket club named Baduraliya sports club .

He is currently living in UK and hoping to play for Baduraliya sports club ,a first class side later this month.

He was the Test cricket's youngest ever captain and retired from all international cricket in 2012 to focus on church work.

He was part of Zimbabwe national selection commitee in year 2017 and sacked after their team was not able to qualify for the worldcup along with the coach and captain cremer.