Tamim to comeback to ODI's with new hope 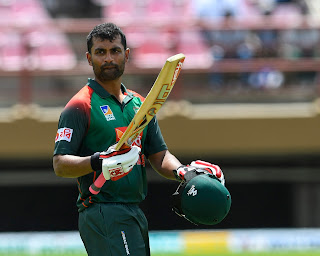 Tamim Iqbal who was injured to a ball of Suranga Lakmal in asia cup clash is set to comeback to ODI side in upcoming West Indies series.

He was away with the game because of fractured wrist and was away from the game for about two and half months.

Before going into the series he is likely to play a practise game on December 6 th to test his fitness.

He is playing for the BCB XI in practise match which is captained by Mortaza.

As Tamim is the permanet opener of Bangladesh going into the worldcup it would be vital for him and Bangladesh to get his fitness and form back before the all important world cup year.
- December 03, 2018