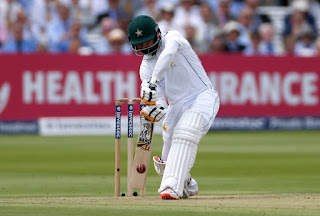 The experienced Pakistan player Mohammed Hafeez has played From 2003 for Pakistan test side and played 55 test matches and has scored  3638 runs for Pakistan at an average of 38.29.

Not only that ,he has also taken 53 wickets and he was always a wicket taking option when a left handed batsman come to the crease.

He will still continue playing limited over cricket and he said that he is is willing  to work hard on limited overs cricket in order to develop his game after going away from test cricket format.