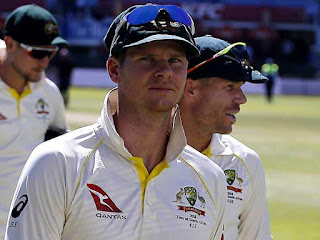 We mentioned earlier that the former Australian captain is ready to take Part in Bangladesh Premier League next edition as a replacement for Shoiab Malik who will leave the team Comilla Victorians  in middle for South African series.

But his participation has been doubtful as  Franchiser's have expressed  objections over his inclusion mentioning that he was picked from outside the draft which goes against the laws of BPL.

This matter have now been referred to the Bangladesh Cricket Board by BPL technical commitee .

His team mate David Warner is already included in BPL and was named as the captain of Sylhet Sixers.