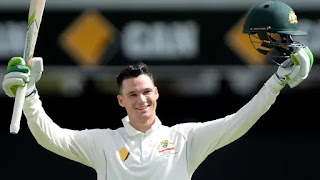 Peter Handscomb showed up a special performance at Big Bash League yesterday after he was kept out from the test team due to his poor form in Tests.

Not only that Australian Cricket board was keen to add another Seaming allrounder to the team so they decided to add Mitchelle Marsh instead of Handscomb.

But Handscomb was not frustrated over the decision and he said :

He has scored only one 50 in last 15 innings and he said he is  trying to get away from his Poor form and has talked about it with their head Coach.

There were some talks about taking Handscomb back to the test team for 4 th Test.But Handscomb believe Mitch will be preferred over him if pitch is flat and Spinning.

He admitted that it is hard to comeback on back to Test Squad but he is determined to put his hands up and work on getting back to the side.
- December 29, 2018