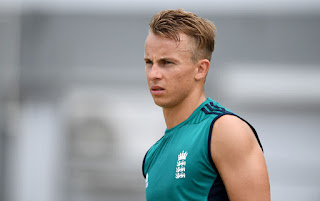 Tom Curran become the second English player to sign with  Sydeney based australian franchise sydney sixers after Joe Denly as he has signed one year deal with sydney sixers and will play for upcoming league of big bash league.

He will go there as replacement for John Hasting who retired recently due to health conditions.