England Pacer rules out of the season due to injury problems 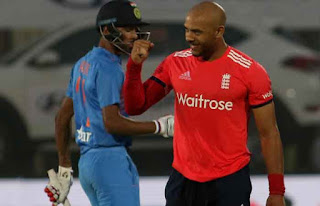 It is not very good news if you are a Hobart Hurricanes fan as  one of their main overseas player Tymal Mills  will not be seen in action due to an Injury.

He has been ruled out due to a Hamstring injury and could be out of game for about 2 months as per the news.

He has had the Hamstring problem for few years and he has injured himself again in the practise match he played for Hurricanes while preparing for the tournament.

He is famous for his change ups and he got a very effective variations within himself and specialized for bowling death overs specially in T20s.

He has had these injury problems over the time from 2015 and was advised to manage his workload being a pacer.

We wish him a speedy recovery and hopes to see him back soon
- December 24, 2018