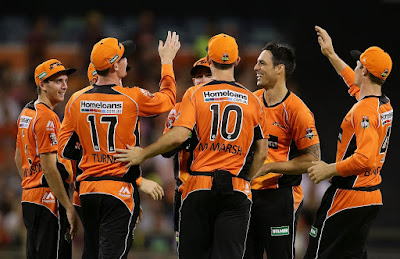 It was a very good comeback by the Sixers to end up the inning at 164 for 4 wickets from being in a position of 30 for 3 wickets after 5 overs into the match.

Earlier in the match Sydney Sixers captain Moises Henriques won the toss and decided to bat first rather surprisingly .

But Scorchers bowlers Jason and Richardson were able to get a good start for Scorchers by getting 3 early wickets.

But Daniel Hughes and Jordan Silk built on a very good partnership of 124 runs to get Sixers over to a respectable score.

We are expecting another thriller here with good conditions for batting.

Join with us again for further updates on teamdfacto.com .
- December 22, 2018