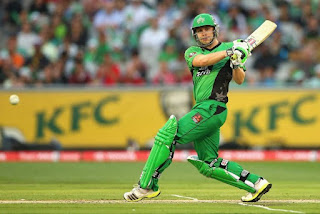 It is the Christmas Eve here in Hobart as Hurricanes takes on Stars for their initial meet up in the season.

Earlier in the match Hobart Hurricanes won the toss and said they will field first.

Putting into bat first Stars were not able to get a very big score on the board as they scored 155 runs for 5 wickets.

Captain Maxwell scored highest score for the Stars as he was able to play a good inning of 47 runs off  just 31 balls.

Nick Larkin gave him a great support by scoring 45 runs off  just 33 balls.

But it was still not enough for Stars as we reckon because we think 170 is the par score here in supportive pitch for batsmen.

Jofra Archer once again proved his worth to Hurricanes by executing a terrific spell of 3 wickets for 25 runs in his 4 overs.

Watch whether Hurricanes will be able to chase this down live on our website now.