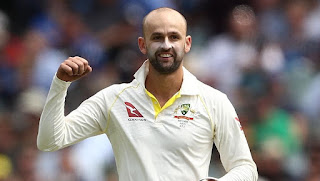 In conditions much favourable to pacers as India is more concirned in Starc,Hazelwood and Pat Cummins ,Lyon could be an indirect threat as it was before if they try to use Lyon to get quick runs .

Experienced Nathon Lyon who has got  318 test wickets was highlighted by the Australian vice captain Hazelwood as a key player for the series and a threat for India.

Also he said their aim is to get few early wickets to add on more pressure to Kholi and they will come with few options to cope up with Kholi's threat .
- December 03, 2018