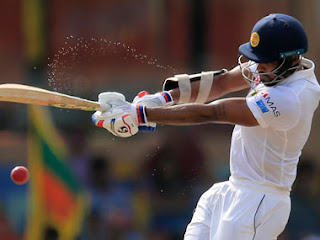 Things are getting prepared for the third Test and the Final match of long tour of England in Sri Lanka.Except for one ODI all the matches were won by the visiting side and surprisingly won the test series with one more match left.

We have always highlighted that if Sri Lanka include Kaushal Silva in the side and loose the toss ,winning the match will not be a piece of cake for Lankans who has showed some class in home because England has got some classy spinners with them.

Last match Sri lanka just loss by 50 odd runs and it was clear that sri lanka played with 8 wickets as Kaushal and Mendis looked like they are not ready to spend a long time at the crease.

Going into match Sri Lanka has opted their opener Gunathilaka in the team and  likely get a chance with Dimuth Karunarathne in the opening spot.

Mendis is likely to  play tommorow as Asalanka has been released from the squad as per the news.

Once again toss would be crucial tommorow and could say the game will be still in balance as Sri Lanka has never lost to a Non asian team in ssc from 2004 as per the stats.

But if England win the toss they might have a upper hand as they are with winning momentum and with more relaxed mind winnng the series already.

In England dugout  Stuart Broad is going to replace Anderson tommorow and Baristow is replaced for  the injured Sam Curran.

Probable team xi is as follows:

Nishan Peris is likely to make the debut as the replacement for Akila Dananjaya .

Log onto www.teamdfacto.com tommorow to see live action and updates of the match.