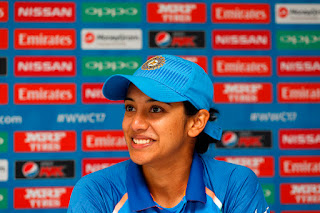 Mandhana is the third highest scorer in T20 's for the year 2018.Mandhana had a great Women's cricket super league in England earlier this year as She finished there as the highest tournament run getter with total of 421 runs in 9 innings.

Mandhana has previously played for Brisbane heat in second edition of the women's Big Bash league in 2017.

Hurricanes will start their campaign on December 1 st against perth scorchers while Mandhana will play her first match on December 8th  against  Melbourne Stars.

We wish her good luck for the campaign and promise you to bring live action of  Women's Big Bash league through www.teamdfacto.com