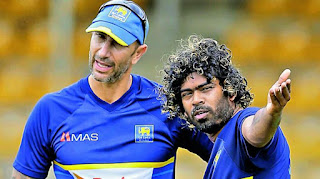 International cricketer and coach who served for sri lanka as the Interim head coach has been named as the Interim coach of Windies cricket after decision of Stuart Law to to step down from his position after tour of India.

He is the present Windies fielding coach Nic Pothas who had a mixed time with team sri lanka in his time as head coach.

The first test of Bangladesh series will start on 22 nd November in Chittagong.

You can watch the series live by logging into musicworld992.blogspot.com
- November 20, 2018